The morning proved to be a bit chilly, as thick clouds hung in the air and obscured the mountainous backdrop. I just barely managed to unwedge my golf clubs from my packed SUV. After emptying out half of the hundred golf balls I’d stuffed into my bag before leaving home, I hopped into the car with Coach Janet and we drove to Cherry Hills.

Driving up to the clubhouse, I was surprised to see how subtle, even quaint the setting seemed. There was nothing ostentatious about the outside of the building. Nothing to suggest that this was the setting of eight USGA events and two memorable PGA tournaments. But the brown brick walls of the clubhouse held more than just a pro shop: they held ninety years of tradition and class. Inside the main doors, rows of cases displayed tournament paraphernalia and detailed the battles that waged on the course over the years.

Our caddies met us on the driving range and we walked with them to the first tee. Nobody ahead of us or behind us. Just the quiet morning air adding to the thrill of playing such a special course.

We teed off from the whites. I’d been hitting my driver well, so I felt confident standing over the ball. I put it square in the middle of the fairway. It was a short par four, so I only had about 60 yards into the green. I pitched it on… and put it about 6 feet from the cup. The greens were cut and rolled twice; they were absolutely perfect. I knocked the ball into the cup for a birdie.

Now, if the rest of the round had gone that well, I would serious consider going pro. But after doubling the next two holes, I just settled down to enjoying the beautiful scenery and having a fun round with Janet.

After we finished, I met back up with Ten at the house. He had planned out a fun afternoon for us, beginning with a trip up to Red Rocks. Red Rocks amphitheater is this incredible, 10,000 seat auditorium that faces a stage where some of the greatest musicians have played. During the day it is used as a tourist attraction… and a fitness facility. People were running the steps, jumping up them, bear-crawling down them. It was nuts.

We explored the surrounding area a little, finding some amazing vistas overlooking the city. The sun was just setting as we headed off back down into the valley. At the base of Red Rocks, a little town called Morrison boasted a number of hippie/wilderness-y type shops. We spotted a rooftop café and camped out there for a few hours (we’re always looking for a good place to pick up internet these days).  The sun was setting as we packed up.

We concluded the day with a stop at IKEA. It never fails… IKEA can be just as much of an adventure as a hike through the wilderness!

Definitely enjoyed our time in Denver. Looking forward to our next stop: Colorado Springs. 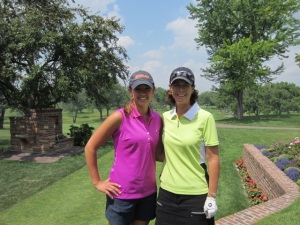